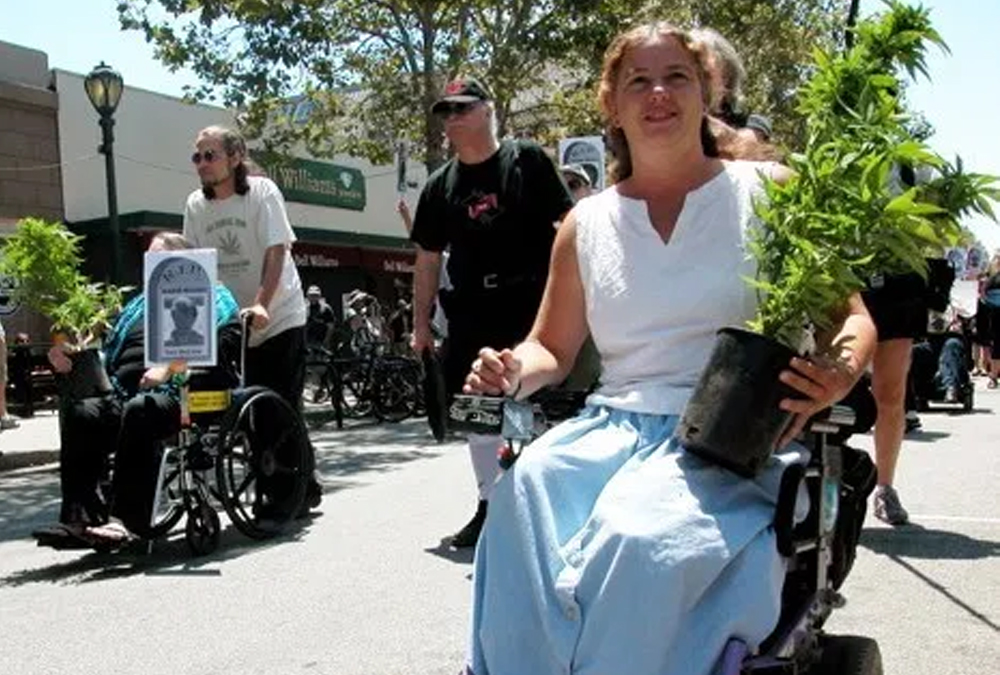 WAMM Phytotherapies’ purpose is to provide hope, well-being and community by promoting access to plant based and alternative therapies.

Backed by decades of experience in compassionate care and community support, WAMM Phytotherapies takes a wholly unique approach to making therapeutic-quality, regeneratively-grown cannabis products accessible and affordable to all.

Headed by Valerie Leveroni Corral—a co-author of California’s groundbreaking Prop 215 (1996) and recipient of a Lifetime Achievement Award from the Emerald Cup—WAMM Phytotherapies is a fully compliant Public Benefit Corporation dedicated to sustaining and enriching those we serve and the planet we all share.

Through our “pay-it-forward” philanthropic cannabis model, we work with dispensaries to supply free or sliding scale cannabis to low-income patients with cancer, AIDs, MS, pediatric epilepsy and other life threatening conditions. Every purchase you make helps us provide our high-quality flower, salve and specially formulated cannabis oils to those in need. 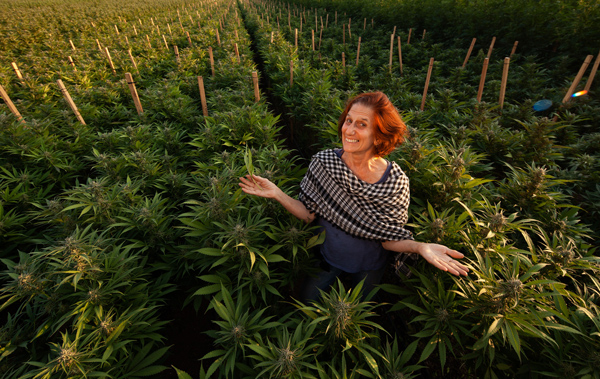 In 1973, twenty-year-old Valerie Leveroni Corral was riding in a Volkswagen bug through the Nevada desert when a small airplane swooped down low enough that its torque caused her vehicle to careen end-over-end off the road. As the Volkswagen skidded and bounced over brush and rocks, Valerie was flung against the roof and doors, causing brain damage (TBI), epilepsy and debilitating migraines.

She was prescribed handfuls of Percodan, Valium, and Mysoline, (Dilantin & phenobarbital) but pharmaceuticals proved largely ineffective in stopping her convulsions and grand Mal seizures. And the side-effects left her lethargic and unable to function.

Her then husband Mike read about a government-funded research paper, published in the prestigious Journal of the National Cancer Institute, that claimed unique compounds found in cannabis can reverse the growth of cancerous tumors and help control laboratory-induced seizures. Despite having no medical training whatsoever, the couple decided to conduct their own experiment at home (relying on an heirloom Malawi strain), and discovered to their astonishment that ingesting copious amounts of cannabis did indeed control Valerie’s previously debilitating epilepsy.

In 1992, the Corrals were arrested for the first time for cultivating a small garden of cannabis plants, but local prosecutors dismissed the case after they raised a then novel defense of medical necessity. A year later, the sheriff of the small, liberal town of Santa Cruz, California had them arrested again, but this time the District Attorney not only dropped the charges, he publicly proclaimed that he had no interest in ever prosecuting them, and instructed the police to proceed accordingly.

Soon seriously ill people started contacting Valerie and Mike, relating their own positive experiences with medical cannabis, and asking for help in finding a safe, reliable and affordable supply. They responded by discreetly supplying as many legitimate patients as possible, years before there were any laws in place to protect them for doing so. Eventually they formed a collective called WAMM—the Wo/men’s Alliance for Medical Marijuana—and began to cultivate their own supply of cannabis.
WAMM also began providing end-of-life care, as hundreds of their seriously ill members would pass away, often with WAMM members sitting vigil at their bedside.

In 1996, Valerie was a co-author of Proposition 215, the ballot initiative that made California the first state to legalize medical cannabis. The new state law remained in direct conflict with federal law, however, and despite now operating completely openly, WAMM and its members continued to risk arrest and imprisonment for making medical cannabis available to the severely ill, including providing it for free or on a sliding scale to those unable to pay for it.

“I can’t tell you how many of our members had to crash on couches or stay with their families, throwing up in other people’s toilets through chemotherapy because they were poor. That realization changed me forever.

I know I can make a lot of money off cannabis, but I don’t really work with pot, I work with people. And people don’t have to be suffering. If they are in pain, we should help excavate (sic) eliminate that instead of adding to it, which is what the marketplace does. Personally I don’t think my needs are greater than somebody who’s sick.”

In 2000, the city of Santa Cruz deputized Mike and Valerie, designating them as official medical cannabis suppliers, in an effort to provide the collective with additional legal protection.

The U.S. Justice Department responded on September 5, 2002, when thirty heavily armed agents of the Drug Enforcement Administration raided WAMM’s garden, holding Valerie, Mike, Suzanne (a paraplegic woman) and Alice at gunpoint, before arresting Val and Mike and taking them into custody.

The agents laughed as they began the long process of chopping down hundreds of towering cannabis plants grown for the sick and dying. Meanwhile, a lerted to the raid by an emergency phone tree, dozens of WAMM members gathered just outside the garden’s security gate in response, using their wheelchairs, canes and walkers to effectively barricade the DEA inside.

With local TV news cameras rolling, these brave WAMM members dared the authorities to drag them off, refusing to end the stand-off until the feds promised to free the garden crew from custody.

Once released, however, Mike and Valerie still faced a very real threat of ten years in prison, where Valerie would be wholly cut off from the cannabis she relied on to control her seizures. But instead of backing down, less than two weeks after the DEA raid, they gathered WAMM together on the steps of City Hall, alongside the Mayor of Santa Cruz, to defiantly distribute free medicine to WAMM’s terminally ill members.

Thousands of people rallied in support, marching through the streets of town towards city hall carrying small cannabis plants and placards with pictures of loved ones.

With the New York Times, CNN and more than 100 additional media outlets on hand to document any potential showdown, federal authorities failed to show up, beyond circling overhead in a DEA helicopter. So, with support from the City and County of Santa Cruz, and legal assistance from the law professor Gerald Ullman, the ACLU, Bingham-McCutchen, Ben Rice and the Drug Policy Alliance, WAMM sued the US Justice Department, the DEA, and the US Attorney General, ultimately winning an injunction against future enforcement actions issued by federal court judge who called WAMM “the gold standard” of the medical cannabis movement.

The next Spring, WAMM defiantly replanted their garden.

It was a major turning point in ending the War on Cannabis.

WAMM would continue to operate until January 1, 2018 when new cannabis regulations came into place that prevented the organization from continuing as a collective, and did not include any provisions for compassionate giving.

On March 1st, 2020, The Dennis Peron and Brownie Mary Act officially took effect in California, restoring the ability of legal cannabis suppliers to provide free cannabis to those in need.

Valerie Leveroni Corral marked the occasion by officially launching WAMM Phytotherapies, a new, licensed cannabis company dedicated to making therapeutic quality, regeneratively grown cannabis products accessible and affordable to all, while promoting compassionate access to those in the greatest need.

Wamm Phytotherapies integrates plant medicines and alternative therapies in a supportive community to engage nature’s systems with our own, to awaken symbiosis, and to encourage a healing path specific to and unique for every individual. 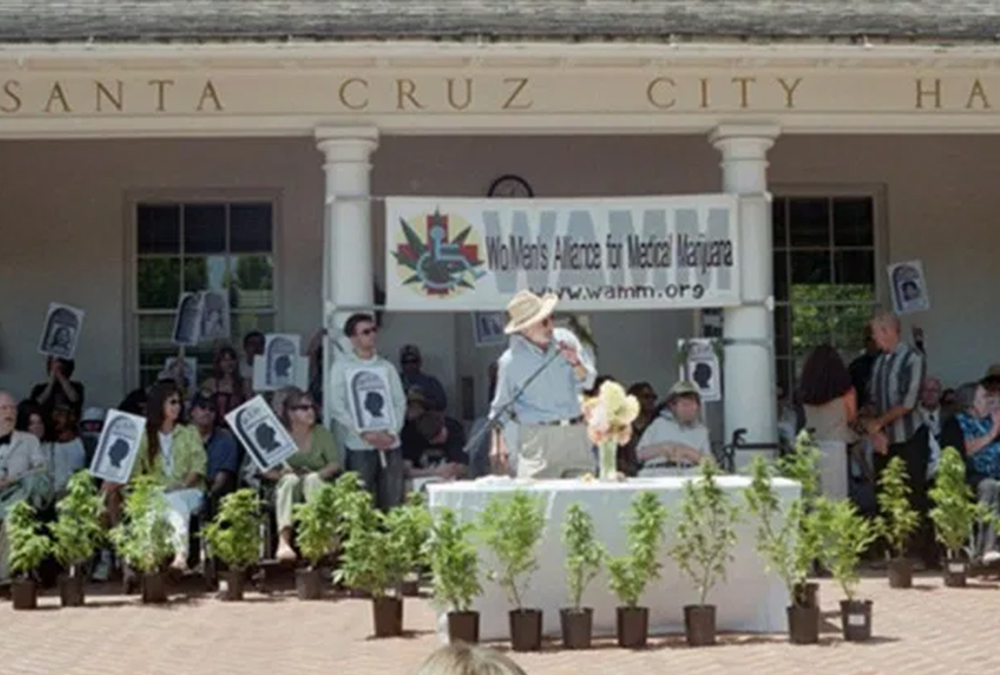 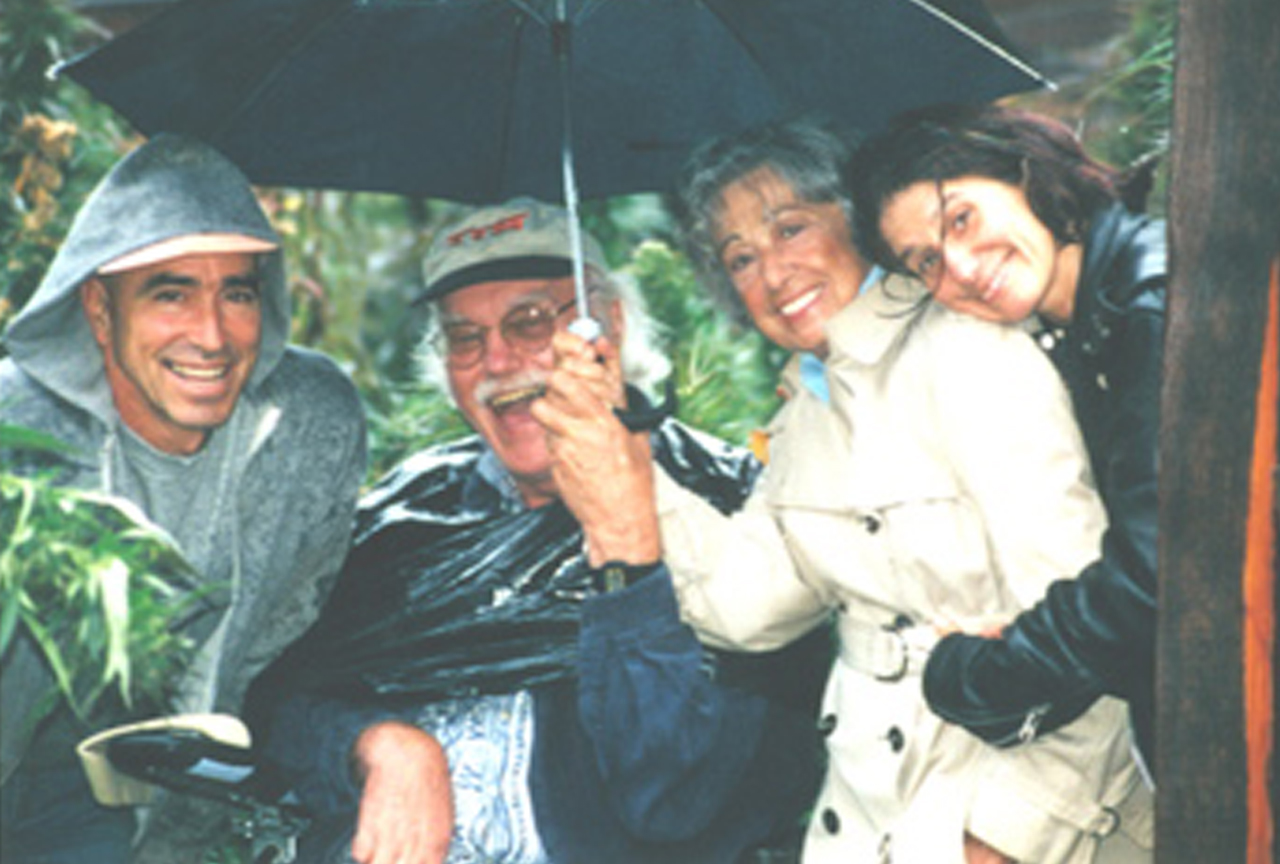